BACKGROUND: An increased rate of cortical thinning has been observed in individuals at clinical high risk who convert to psychosis relative to non-converters and typically developing controls in the North American Prodromal Longitudinal Study (NAPLS). Levels of pro-inflammatory cytokines at baseline, which reflect increased systemic inflammation, were correlated with the rate of cortical thinning, suggesting this neurodevelopmental trajectory may be coordinated in part by increased inflammatory signaling. We investigated gene expression pathways within these cells to nominate cellular systems that may be important to cortical maturation during conversion to psychosis.

METHODS: We used a forward stepwise regression algorithm to identify microRNA expression – hub regulators of mRNA – in peripheral leukocytes associated with annualized rate of reduction in gray matter in a subsample of NAPLS (N=74).

CONCLUSIONS: MicroRNAs identified here have been previously linked to brain development, synaptic plasticity, immune function and/or schizophrenia, demonstrating some convergence across studies and methodologies. Perturbations in intracellular signaling pathways regulating inflammation may promote disease onset among those at high risk for psychosis via alterations in cortical maturation. 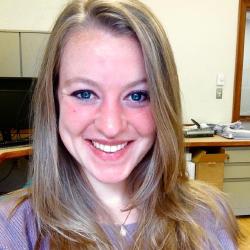